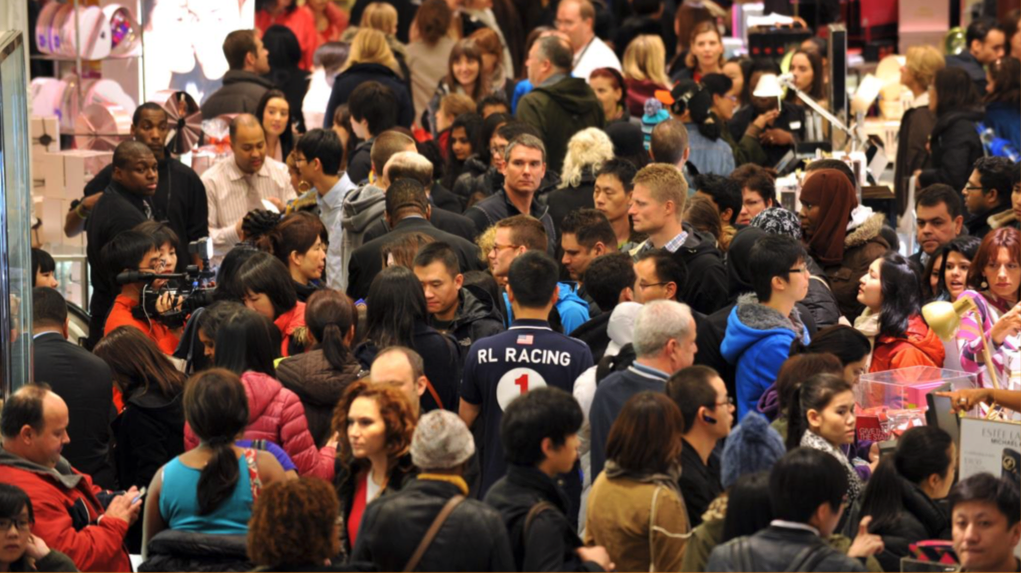 An excellent opinion piece from our friends at the7stars on the backlash from some retails on black Friday. Enjoy!

BLACKOUT: THE RISE OF THE ANTI-BLACK FRIDAY MOVEMENT

The countdown to Black Friday has begun. It’s a time of the year that has you glued to your device or sees you take to your local high-street – or maybe you just head straight to work and forget about the shopping centre stampedes and online deals.

Black Friday hit the UK in full force in 2014 with retailers from Amazon to Argos running promotions in order to encourage consumers to spend, spend, spend – and not just on the day itself, but over a period of 1-2 weeks, with Black Friday no longer considered a day of deals but a fortnight.

Each year, retailers compete for consumers’ attention with price slashes promised to be so tempting that they could leave you high and dry before the Christmas period – despite last year consumer group Which? finding that 60% of discounted items on the day could be found the same price or cheaper at other times of year.

But it’s not for everybody, and we’ve recently seen a growth of the anti-Black Friday movement. However, there could be an opportunity for brands to gain from this movement too. As Black Friday continues to grow, with £1.4bn spent online last year, 11.7% up from 2016 – but so has the number of stores opting out of the event.

Asda in 2015 stated they would stop their Black Friday sales, as the family-friendly supermarket saw chaos break out during their 2014 promotional deals. In a playful way, Asda let their consumers know that for 2015 they will not take part in the Black Friday sales through their viral mannequin challenge video. They also reassured their customers that they do not need to wait for Black Friday to save money; they guarantee low prices all year round.

TK Maxx, similarly, forgoes Black Friday for a month- long series of deals, with its tagline stating: “Amazing prices this Black Friday (and every other day of the year)”.

Pieminister’s 2017 #blackpieday campaign, meanwhile, chose to go against consumerism and instead, chose to give spare pies away, in return for donations to homeless charity Shelter. They managed to raise £3,600 for the organisation as well as boosting awareness of food waste through their social media campaign #littleactofpieness.

There’s a wider anti-Black Friday movement too – “Buy Nothing Day” is an annual event which started in Canada back in 1992 as a protest against consumerism. People have participated in numerous activities such as sit-ins, cutting up credit cards and public protests. Over 60 countries are now actively participating in the movement, the UK included.

However, there has been a decline in talk for this movement from 2016 to 2017 of 45%* over Twitter and an increase of 18% of those talking about Black Friday over this time, showing people may be jumping ship – or that the consumerist tendencies and mega deals are luring them back in.

With a brand’s social voice proving all-the-more important to consumers, and many shoppers feeling stifled on Black Friday, choosing to opt out of participating in Black Friday deals won’t necessarily go down badly, even among savvy shoppers.

It could, in fact, lead to a stronger relationship formed with consumers, if it is shown to be done for the right reasons, and is in line with brand purpose.

Having said that, sticking to the price slashing traditions still often proves to be the quickest way to the consumers heart (read: wallet) – it was estimated that £10bn was spent over the Black Friday discount week last year, and it’s likely we’ll see the same again.

Send us an email and we will respond as soon as possible.

If you want to speak to someone, feel free to call during normal working hours: Monday to Friday 0930 – 1800